Wayvey, Pointy, Tossy and Clyde... and six other guys. 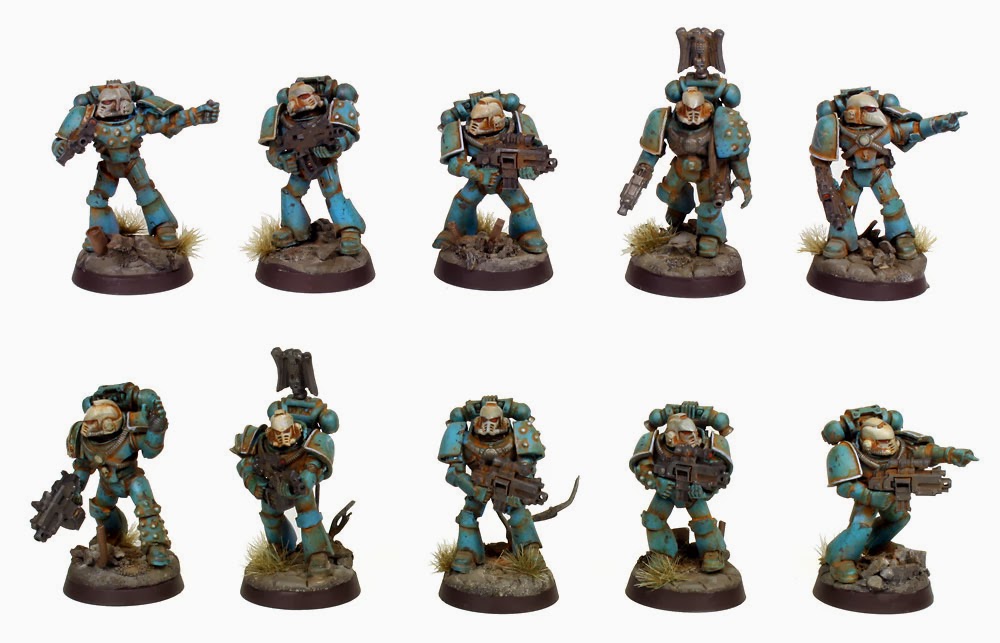 I can see the finish line!
Posted by Marc Raley at 6:43 PM 9 comments

My friend Dave and I got together yesterday and had a little Horus Heresy game at Titan Games in Timmonium, MD. It was nice to finally get the little dudes on the table and throw some dice around with an old pal. Titan is a clean and well-stocked shop with friendly, non-creepy staff. Check it out if you are ever in the area. I'm pretty sure Dave is also going to put some photos of our game on his blog too, so have a look.

Dave and I wanted to have a small game, since we both are still working on our Pre-Heresy armies. We opted to play Killsone Survival. This is a fan-produced ruleset that lets you play small games with each model acting independently -- Necromunda style. You build your army by grabbing individual models from your army codex with certain restrictions. There are also a bunch of nifty upgrades and wargear you can buy. Turn initiative is random like the Lord of The Rings miniatures game. We played an 400-point game on a 4x4 foot table. I used my Alpha legeion and Dave used his beautiful Death Guard. Note how much cleaner the Death Guard are than the Alpha Legionaries! Dave claims his Death Guard are loyalists so I guess that makes The Alpha Legion traitors, for this week anyway.

The Hateful Space Brick is finished. An absolutely miserable kit to build but it was fun to paint! 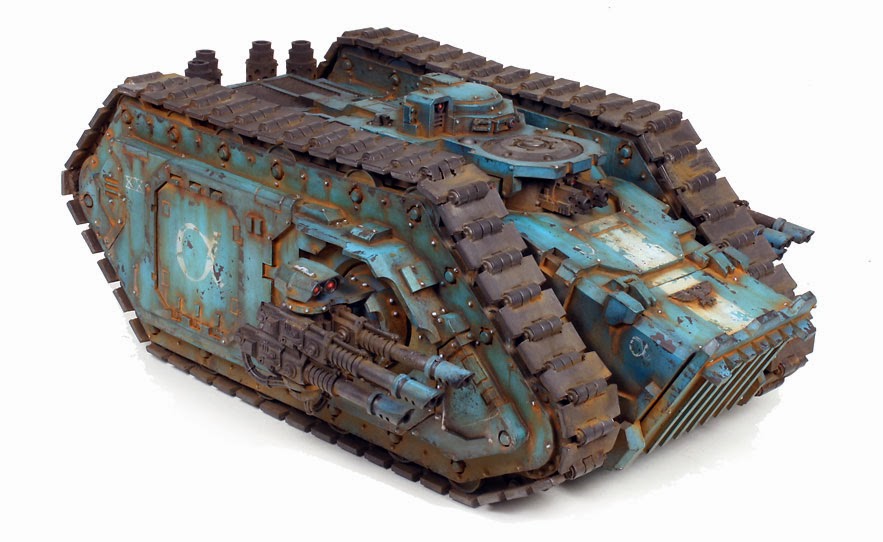 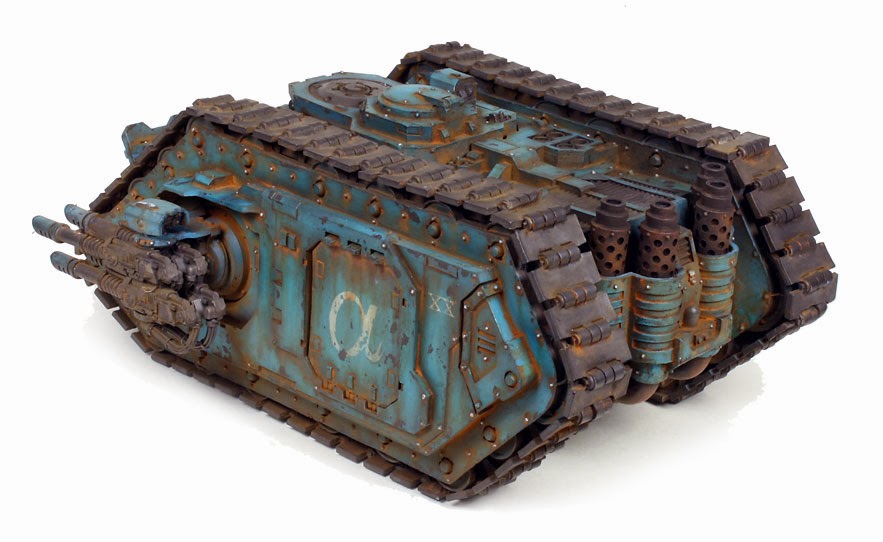 Coming down the home stretch for my 1850 for Adepticon.

Snow day! Working on this Spartan, here it is base coated with the first oil wash. 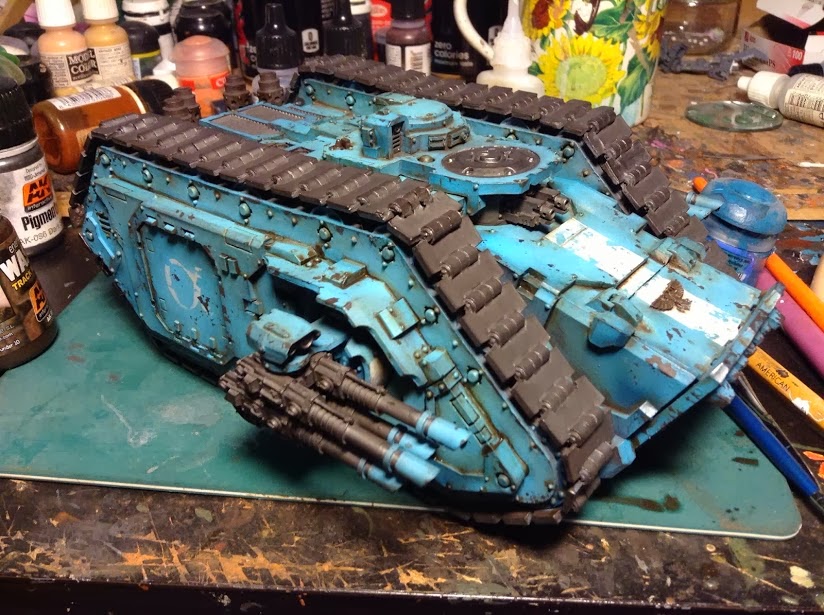 Here he is, with ubiquitous twin Kheres Assault Cannons. 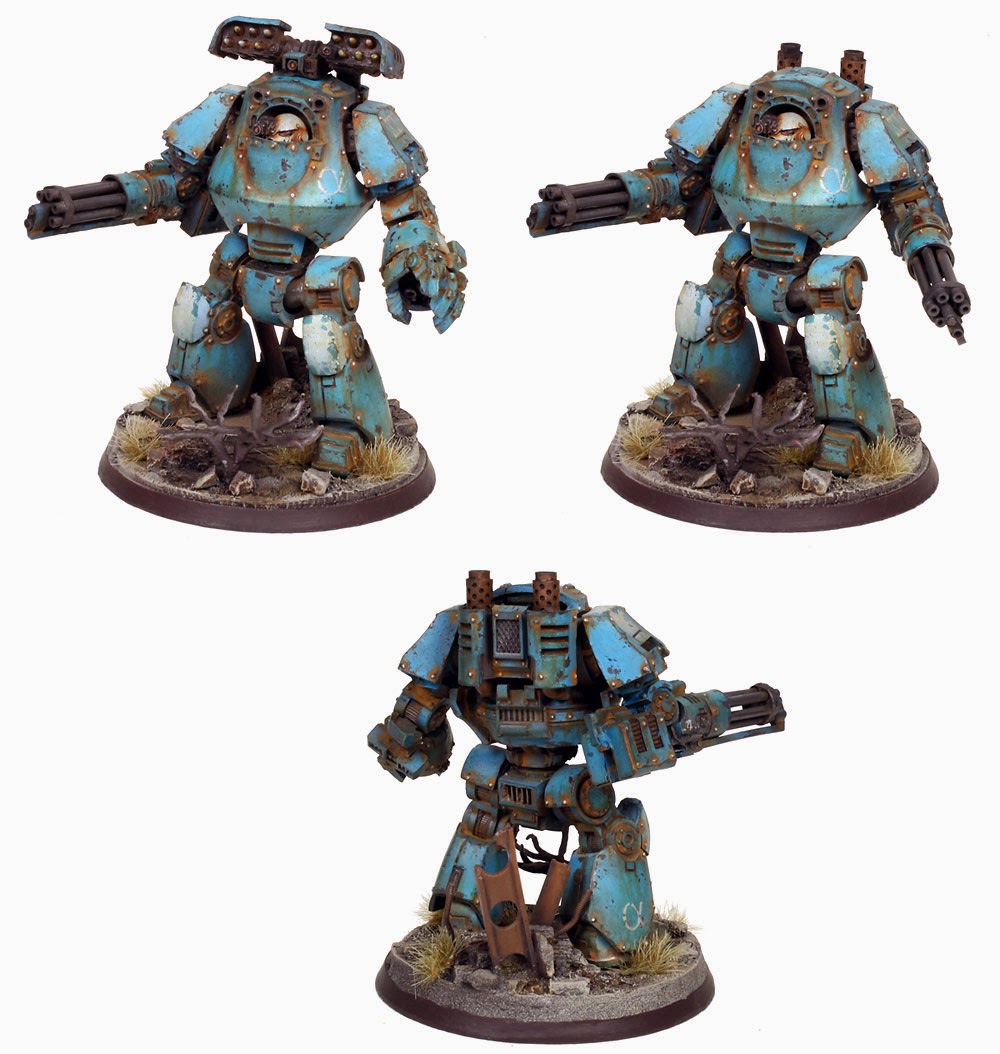