I purchased Horus Heresy Book III at Adepticon last April and quickly discovered how much fun I could have with the Coils of the Hydra Rite of War and my Alpha Legion army. When I went on to read about the Raven Guard Mor Deythan Strike Squad, I knew what my first "coiled" unit would be. They have tons of options, are reasonably cost effective (even though they aren't cheap) and are totally themey with my Alpha goons. While the Alpha Legion is known to have infiltrated every other Legion, they were supposedly all up in the Raven Guard's grill in particular. Stealthy, infitrating dudes with BS5 also just scream Alpha Legion. I could even used them to represent the mysterious Stealth Squad spoken of in the Legion novel. The next morning, I went back down to the Forgeworld booth and handed another big pile of cash over to Paul Rudge and picked up ten Recon Marines to use as the starting point for these guys. 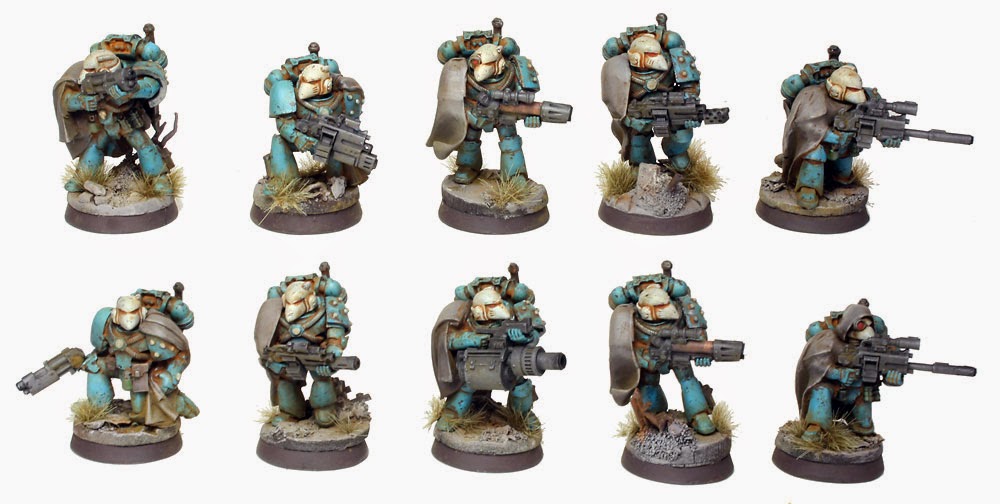 I gave the all mk. VI "beakie" helmets as a nod/middle finger to the Raven Guard and also puttied up some of the legs to be mk. VI style. I magnetized the weapons and have everything I need to do just about every weapon configuration possible. All those tiny magnets were a pain in the ass, but it will allow me to have some fun in games. Some combos I want to try out are:

Here are two more HQ choices for my army. These bring me up to about 4,000 points! 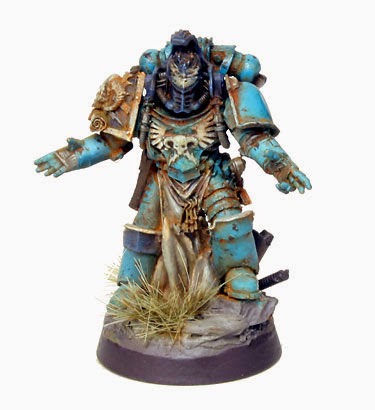 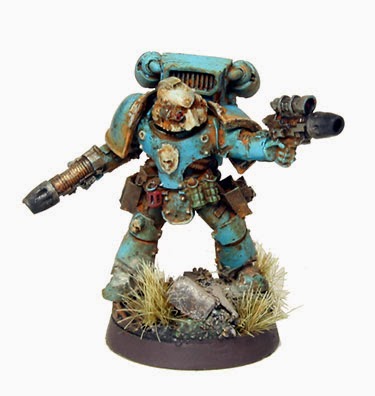 I made this guy out of the Iron Hands Forge Father, bleeding fingers and broken guitar strings. He is kitted out with A Sero Arm, Chainfist, Combi-Melta, Rad Grenades, Cyber Familiar and Cataphracci Terminator armor. That gives him a 2+ save, 3+ inv. Save, 4 S8 Ap2 attacks and he reduces his opponents Tougness by one in close combat! He will make an excellent Dreadnought and Automata hunter! 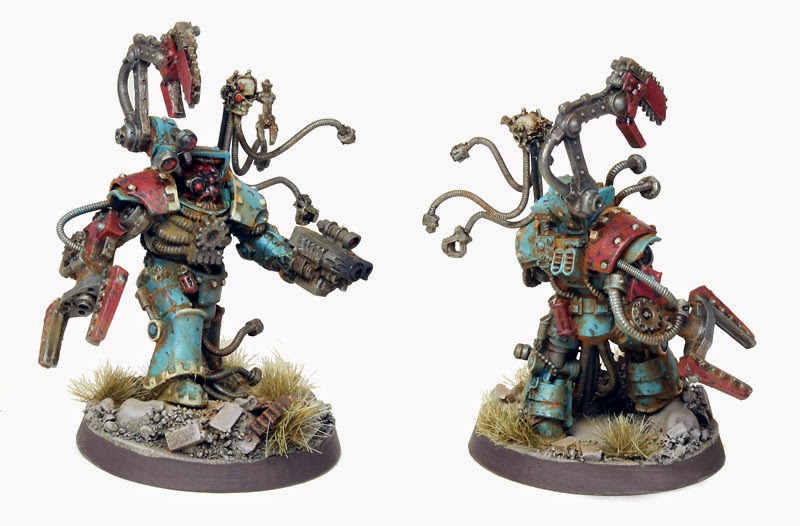