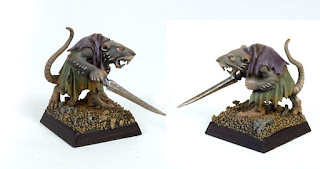 My friend John and I are doing the Adepticon team tournament in a couple of months so I am attempting to make my rats match is chaos warriors. John sent me a photo of his own test model, which, as per his usual style has lots of saturated colors. After a failed attempt to work with John's exact colors, I added some gray and brown to everything and reverted to my usual washed out pallet. Close enough. 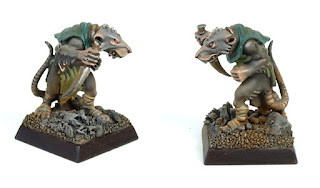 So I based some Giant Rats a few weeks ago and their absolute ass-suckingness has be wearing on me ever since. After all the work I put into the other models in the army, I couldn't bear the thought of those litter turds in the ranks. Fortunately, I found these the other day:

Giant Rats from Otherworld Miniatures. Not exactly cheap but they are great sculpts and look like rats, not weird, melty chihuahuas . 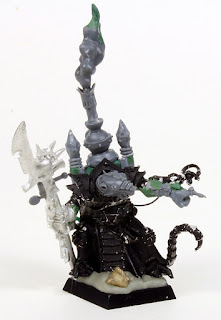 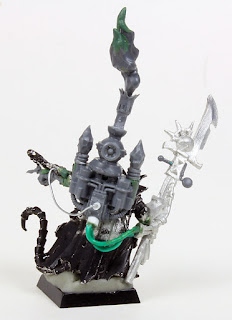 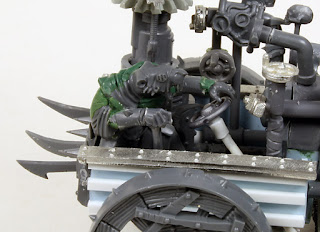 Ladies and gents: The Rattanooga Choo-Choo. Thank you, I'll be here all week. 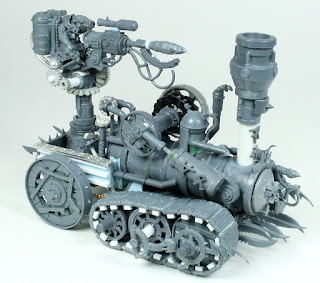 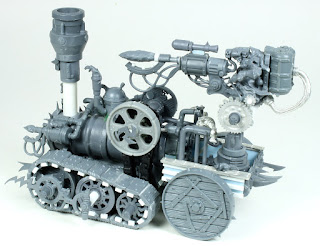 I figured just about every other technology had found its way into the Warhammer world in the last few years, so I might as well throw in tank treads. Thus, the Nicodemus the Tank Engine was born. The design is inspired by assorted crazy 19th century steam tractors and whatever sprues were within reach. While poking around Google for photos I learned that building giant, fully functional steam tractor models is a hobby in and of itself:

I'm still working on a driver/engineer and it still needs a bit of filling and sanding but its pretty close to being done. Look out, Island of Sodor. I'm going to use it as a Doom Wheel at Adepticon, but I think it would work well as a Hell Pit Abomination too. It is closer to the size of one of those.

Soon I shall paint things.

So here are some Rat Ogres with a Warp Lightning Cannon. What could possibly go wrong? Assorted cables by Dragon Forge. Also note aquarium gravel made of solid gold.

Next up: Doom Tractor! 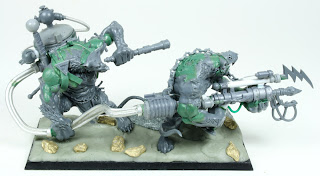 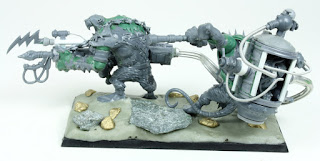