I had a fantastic time at Adepticon and played lots of games with my Alpha Legion against many great opponents. After ten tournament games I'm feeling a lot more confident about my 40K/30K skills ... just in time for the rumored rules update, doh! 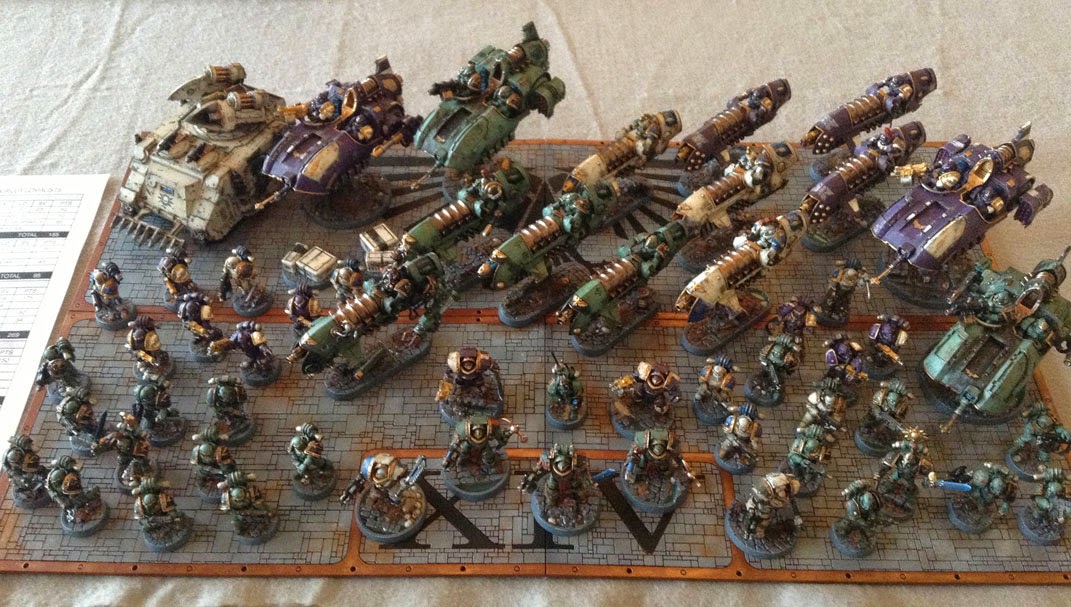 
First up was the Horus Heresy Massacre tournament on Thursday. The tournament turned out to be a (suprise!) team tournament so I teamed up with Robin (aka Ripper) who also had his Alpha Legion with him. Overall, there were lots of great looking armies and friendly players, I will be back next year for sure! The hilarious twist of the tournament was that everyone betrayed their partner in the last game and switched teams. My crew had a very good showing in the end. My friend John tied best over all with his World Eaters, Ty got a much deserved Best Painted Award with his Mixed Isstvaan III Loyalists and I snagged the Player's Choice Award. See below for army photos, sorry if I missed anyone's!
Read more »
Posted by Marc Raley at 11:52 AM 4 comments